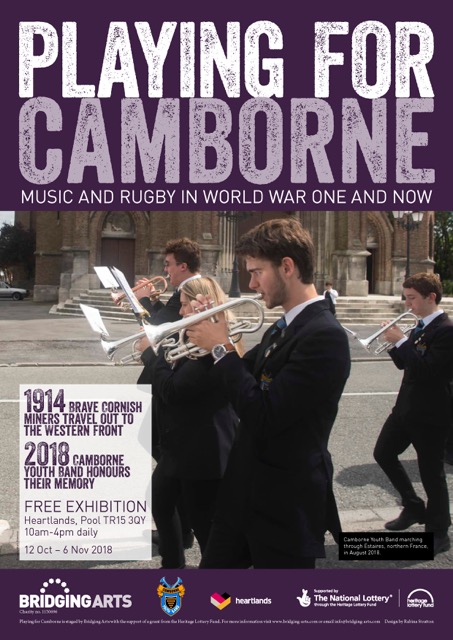 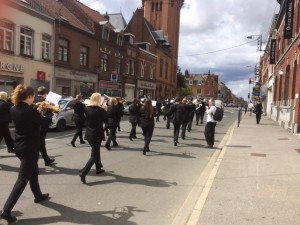 Our free exhibition PLAYING FOR CAMBORNE was open from 11 October to 6 November 2018 at Heartlands, Pool.  Just over 100 years ago, a group of brave tin miners from Dolcoath set off to the Western Front after war broke out.

In August 2018, 100 years on from the end of the war, Camborne Youth Band followed in their footsteps and travelled back to France and Belgium to honour their memory.

They took a 100-year-old bugle that belonged to one of these men, Fred Negus.  Fred’s great great grandson, Corey Williams, plays in the Band.

They also took a rugby ball, signed by current Cornwall and Devon teams, to honour the memory of three famous rugby matches played at the Front in 1915.

The exhibition, funded by the Heritage Lottery Fund,  told the story of this history – and the Band’s journey.