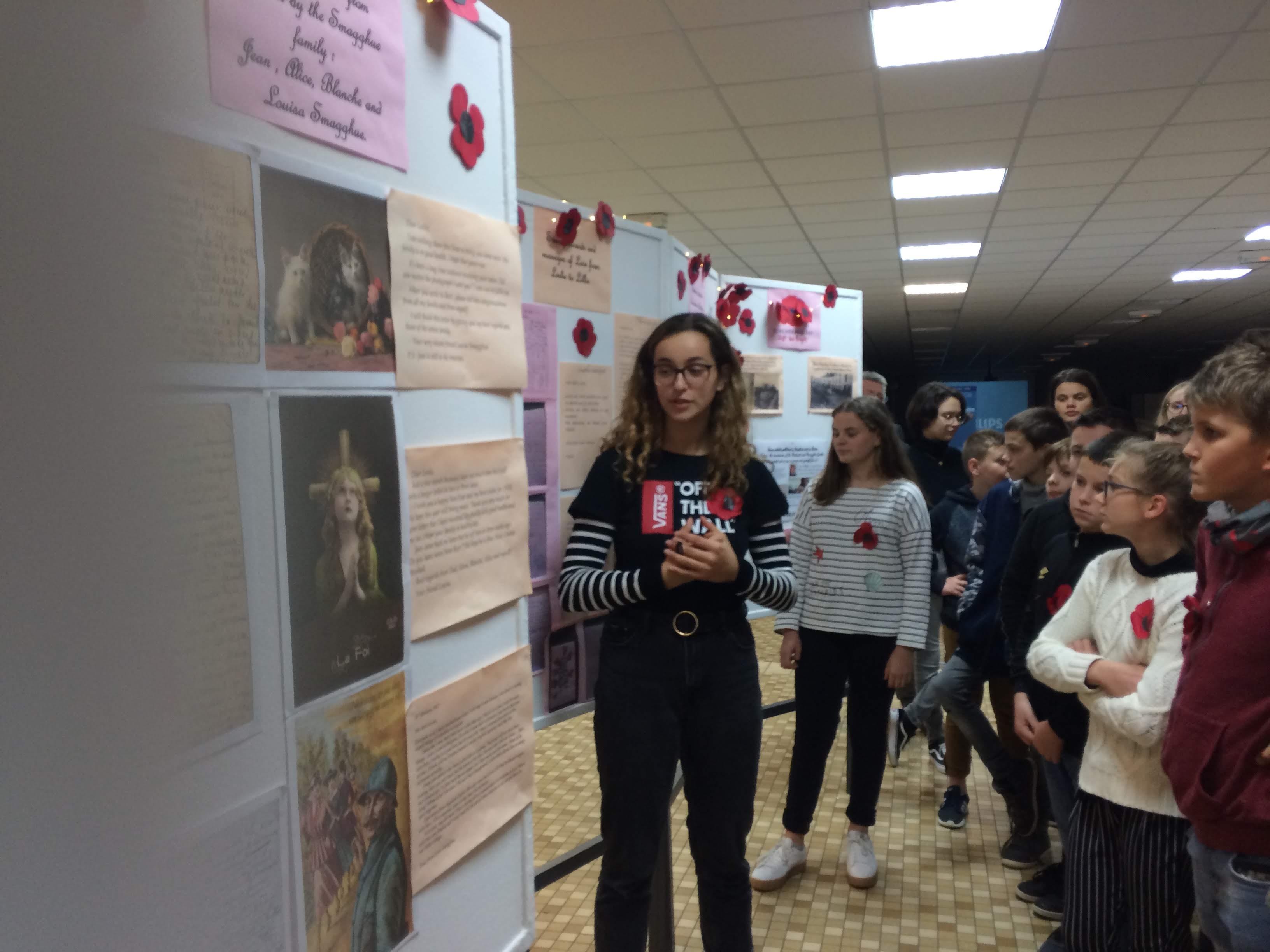 Students at the College du Sacre Coeur, Estaires, presenting an exhibition of correspondence between Cornish miner Leslie Pentecost and the Smagghue family who billeted him in the town during World War One. Leslie was one of a group of miners from Dolcoath who joined the 25th Field Ambulance when war broke out in 1914. They went straight out to France and were stationed at Estaires.

In November, we were lucky enough to visit Estaires with Alison Pooley and her sister, Carmen Saunders whose family had kept this correspondence carefully for more than 100 years. The French students read and translated it – presented the story in a brilliant exhibition  – and best of all helped to reunite the descendants of Leslie Pentecost and the Smagghue family in time for the 1ooth anniversary of the end of WW1 in November 2018.