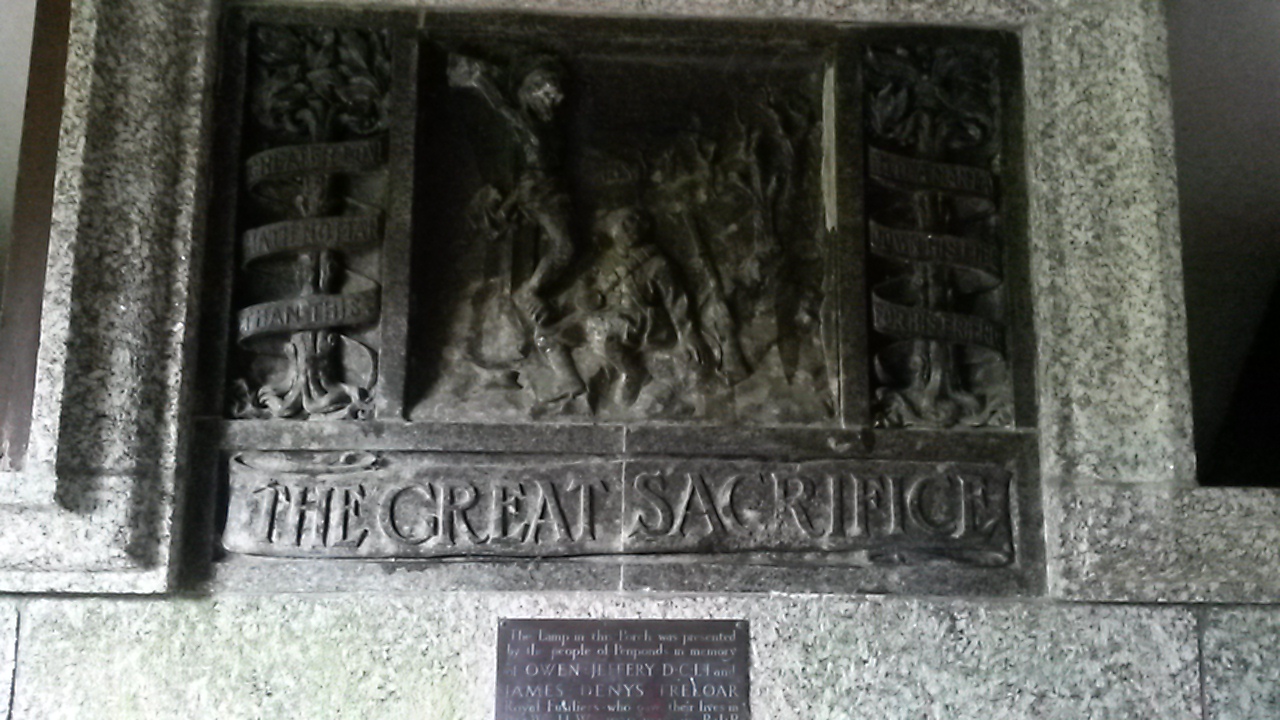 As part of Heart of Conflict,our project looking at World War One in Cornwall, we studied local war memorials. Penponds Church near Camborne had very close links with Camborne School of Mines. The war memorial there remembers many young men who were not born locally – but had very strong links with the parish. Click here to download a guide to Penponds War Dead, compiled by a current parishioner, Craig Carey-Clinch.

Canon James Sims Carah, vicar of Penponds from 1896-1935, created this war memorial with the help of local people. It was unveiled by Dr William Blackwood, a veteran of WW1 who had led a party of St Johns Ambulance men from Dolcoath mine out to the Front in 1914.

Cornish miners played a vital role in the first part of the war, digging out under enemy lines to plant explosives. Many died.  One of the School of Mines students was Cecil Calvert. Calvert became a national hero, recommended for a medal for his bravery in digging out a trapped man from a tunnel with his bare hands to avoid being heard by German troops above. Tragically he died in another fearless rescue attempt before receiving the award.

He was, though, commemorated in Deeds That Thrilled the Empire, a book published after the war to boost morale at home and celebrate the heroism of British forces.