Laying a wreath at Sailly-sur-la-Lys, France 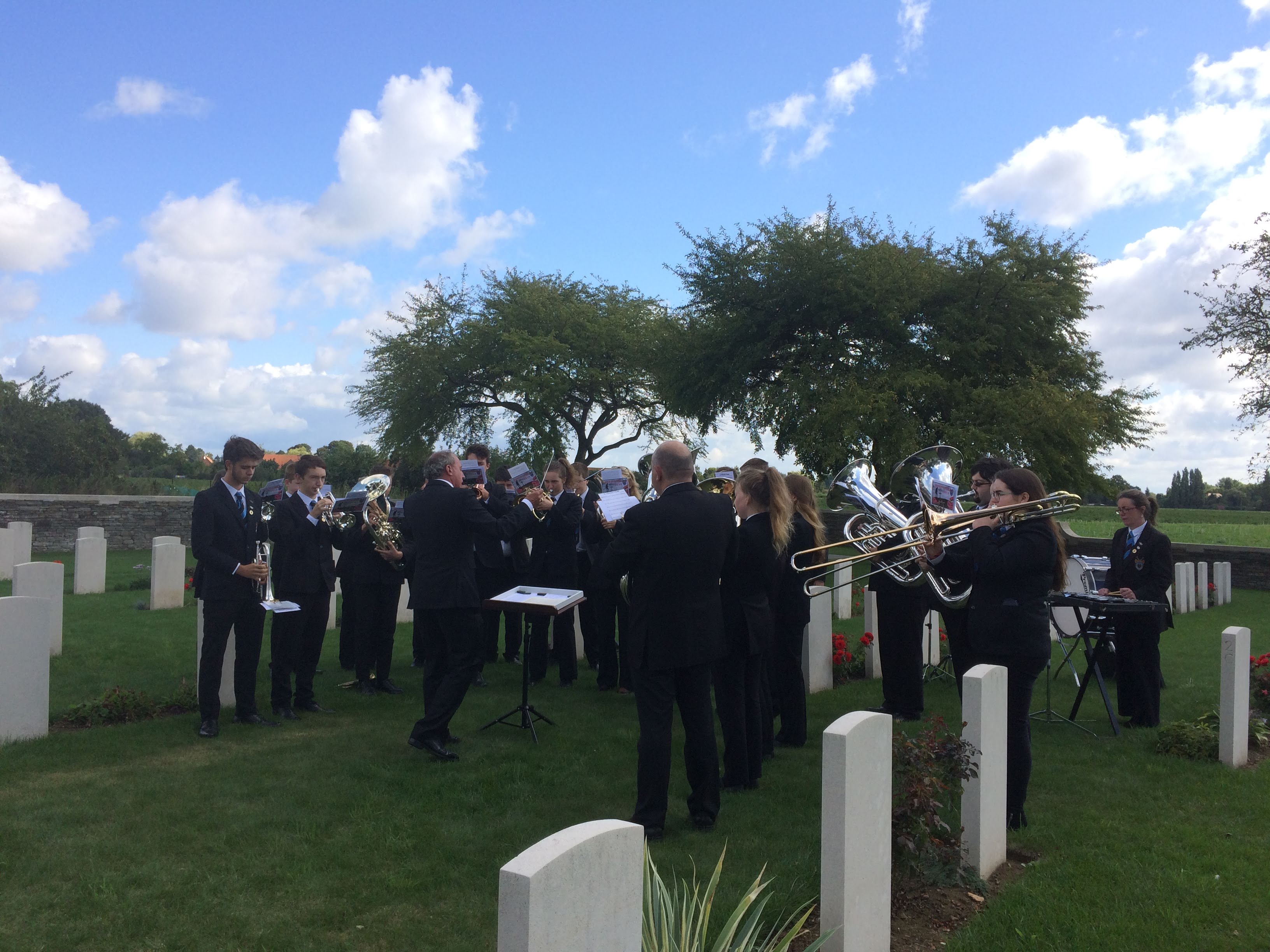 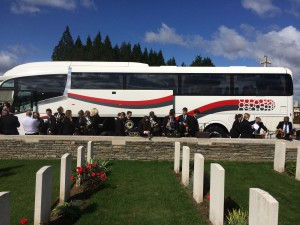 Dave Wilton, who serves in Devon and Cornwall Police at Camborne, lays a wreath on the grave of Thomas Penhorwood. Penhorwood was in the 25th Field Ambulance, Royal Army Medical Corps, when he was killed in the Battle of Aubers Ridge in 1915.

Here the Band plays the last post on a 100-year-old bugle. The great great grandson of Fred Negus from Camborne, who was in the 25th Field Ambulance in World War One, is in the Band.

BBC Radio Cornwall’s Donna Birrell featured the event in her weekly programme. Click here to listen to the broadcast.

Penhorwood was one of a group of Cornishmen, led by Camborne doctor William Blackwood, who signed up soon after war broke out in autumn 1914, and went straight to Estaires, northern France.  These men organised three matches in spring 1915 between Cornish and Devon men after Camborne Rugby Club sent out a ball – more about that here.

Penhorwood, one of the best Cornish forwards, was killed between the second and third matches.  He was shot in the head on 10 May 1915 at Aubers Ridge, while retrieving the wounded from no man’s land.

The Band went on to Estaires, the town where the Cornishmen were stationed and presented a rugby ball signed by Cornwall and Devon teams to mark the centenary of the rugby matches on the Front. The following day, the Band played at the Menin Gate, Belgium.

The Band’s travel was funded by the Heritage Lottery Fund.

PLAYING FOR CAMBORNE: SIC AND RUGBY IN WORLD WAR ONE AND NOW, an exhibition about the trip, which was at Heartlands, Pool, Cornwall, from 11 October to 6 November 2018.