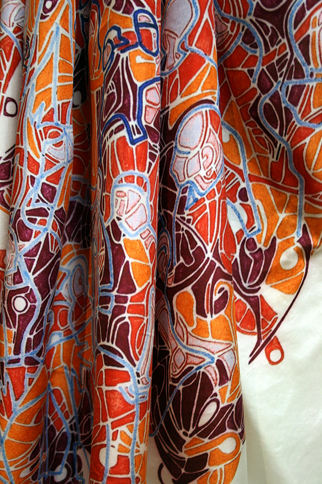 The British Sari Story exhibition, funded by the Heritage Lottery Fund, opened at Brent Museum in October 2007. It presented the results of a competition for a British sari, 60 years after Indian independence. Entries came from all over the country. The overall winner was Nilesh Mistry, a Mumbai-born illustrator, who moved to Harrow with his parents as a child.